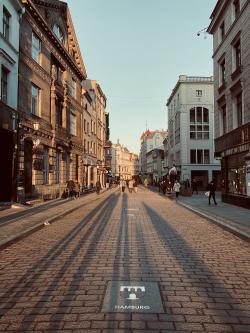 As a part of promotion of Pan-European Photo Contest for all foreign and Polish students “Discover Europe” we decided to organise two events which were related to the main aim of the contest.
One of these events was the Photo Contest “In Your Frame”. We assembled it already the third time, because it became pretty popular between exchange and Polish students in Torun.
This event lasted for 9 days from 4th of March till 13th of March and this year’s subject was showing favorite places.
During this time we also posted some advice about how to make better photos. The terms and conditions were so simple, so everyone could take part in it.
We got many awesome photos from partakers and it was pretty difficult to choose the best 3 photos. But we could deal with it.
The third place got Nel Raszczyk with her memories from Kotor, Montenegro. Second place won Maja Krywald, who sent photos which were taken on Madeira. And the first place took Sami Sasan with his best memories from Torun.
We thank all the participants and congratulate the winners of the contest.

Another event which was organised as a part of promotion of Discover Europe photo contest was Photowalk with ESN Torun. Main idea of this event was to show our city from a different side, make people see things on which we don’t pay attention on usual days and also encourage them to take more photos and take part in DE.
Generally the project was aimed at Erasmus students, because the majority of them didn’t know Torun well.
We shared a guidebook with interesting places in Torun for all participants. That is why they could find new locations and take perfect photos.
Also anyone willing could send us photos made during Photowalk and we posted it on our fanpage on Facebook.